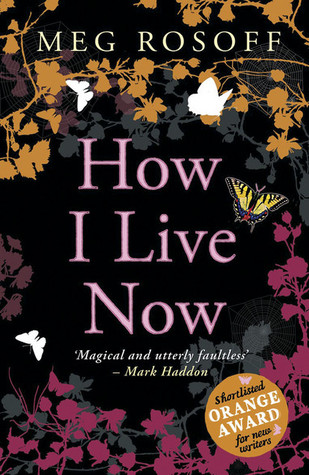 Fifteen-year-old Daisy is sent from Manhattan to England to visit her aunt and cousins she’s never met: three boys near her age, and their little sister. Her aunt goes away on business soon after Daisy arrives. The next day bombs go off as London is attacked and occupied by an unnamed enemy.

As power fails, and systems fail, the farm becomes more isolated. Despite the war, it’s a kind of Eden, with no adults in charge and no rules, a place where Daisy’s uncanny bond with her cousins grows into something rare and extraordinary.

But the war is everywhere, and Daisy and her cousins must lead each other into a world that is unknown in the scariest, most elemental way.

This book is an odd one. There are certain elements of it that just don’t seem to sit right with me but then I just couldn’t put the book down.

The idea that the country could so easily fall into the state portrayed in the story is a powerful one for a reader to think about. The impact that it has on the characters, particularly those characters that started the book on a less than secure mental footing, is intriguing. Perhaps that is the reason that I was so hooked?

I question whether the sexual content adds anything to what the story is trying to achieve. It seemed to be more about obsession than love. I don’t know. Did I get a sense that the characters were desperate for some security in an attempt to survive? Maybe. Sometimes. Sometimes it just seemed to be about sex.

I’m torn. I recommend it to those people who like to be challenged by what they read (although with the caveat that this is y-a fiction). If 3.5 was something that my rating system offered then that is where I would put it.