Today I haven’t been feeling great so I have been lying on the sofa and dictating into a google doc. It has been an amazing experience. It took some getting used to but I managed to get 3,542 words done. I probably spent about an hour actually talking spread out across this evening. There is a good chance that there are some serious autocorrect errors in there, and multiple words where only one is needed (for example I said “happy” and it wrote “hand pee”) but that is what editing is for. Plus, I am appreciative of the extra words with so few days left! 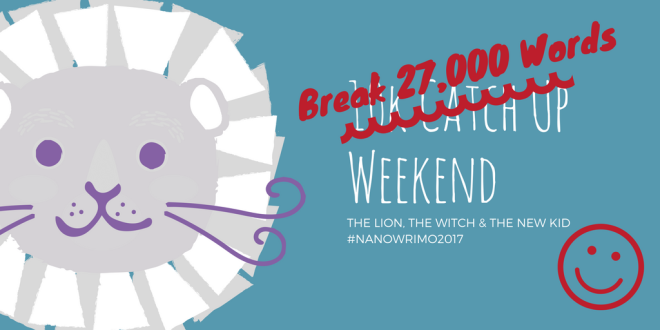 Lets think positively shall we?

I have written over 7,000 words this weekend and finally broken the half way point. Finally I have written more than I have still to go.

Here are my reflections at the end of Day 19.

Sometimes things don’t go to plan. My NaNoWriMo story is one such example. It has evolved in so many ways that it is barely recognisable as my original outline. While this isn’t a problem, it means that I have a non-linear mass of words. Some of it still follows old plans that have since been overwritten with other ideas. I’m just going with it.

My goal is to write 50,000 words in November. Some of these words will end up in novel form, some of them will not. They will likely be joined by many other words that won’t get added in until much later.

The important thing is that I write. I am learning so much about myself and the creative process from this experience. I’m so glad I started it, and have gotten as far as I have. This is one challenge I have no intention of giving up on.

— The Lion, the Witch and the New Kid

I’m learning that I struggle to write in the week so I need to make sure that I use my weekends to bulk up my word count.

When I logged off last night I had impressed myself with how much I had managed to write. While I was still not where I was supposed to be, I was a hell of a lot closer than that morning! 4,713 words to be exact.

Now at the end of Day 12, and a weekend dedicated to catching up, I have increased my word count by 8,393 words. It feels amazing to be over 15,000 words. I have never written this much on one project before. It feels amazing.

This sounds impossible! But exactly what I need to do it make it target today. https://t.co/xtLrfNxEFI

@NaNoWordSprints is a twitter account dedicated to motivating writers during NaNoWriMo. They set small, manageable time challenges that allow writers to sprint towards their goals.

I will try and share some of my favourite prompts (if I remember) as the month goes on.

REBLOGGED from a I site I no longer maintain.